Australia is home to an immense number of ant species, most of which can be found here in the West. Given the diversity of our environment, Perth’s metropolitan areas, beaches and parklands support the specific living structures of each species. Generally, ant colonies and their inhabitants consist of worker ants, soldier ants, and one central queen.

Their colonies can be most found in soils outdoors. Present ant activity can be easily recognised by a mound-like build-up of soil on places such as footpaths and gardens. They will also happily nest under pavers, in wall cavities, and in roof voids.

Like other common insects, most ants enter your home or business in search of food. They are attracted to sweet and sticky substances, being the most ideal for transfer and storage inside their colonies. The best practice to avoid ant infestation in your home is to clean up any food and liquid spillages immediately, and to cover any food in storage areas. In addition, to prevent wandering ants from ever crossing the threshold of your home, seal all access points, such as cracks and crevices in your doors and window frames. TMO Pest and Weed Management can swiftly take care of your ant-related issues for you. Our specialised Ant treatment methods effectively eradicate any growing infestations and help prevent future invasions.

Ants are insects that are capable, and willing, to travel long distances in pursuit of food. Their stubborn survivalist mindset makes them one of the most difficult pests to eradicate in Perth. They can be aggressive in nature, especially throughout Western Australia, where Bull Ants have a thriving population. Given the opportunity, Bull Ants will exert a nasty bite when threatened or provoked. The four most common ant species found in Perth are the Argentine Ant, the Black Ant, the Coastal Brown Ant, and the Bull Ant. 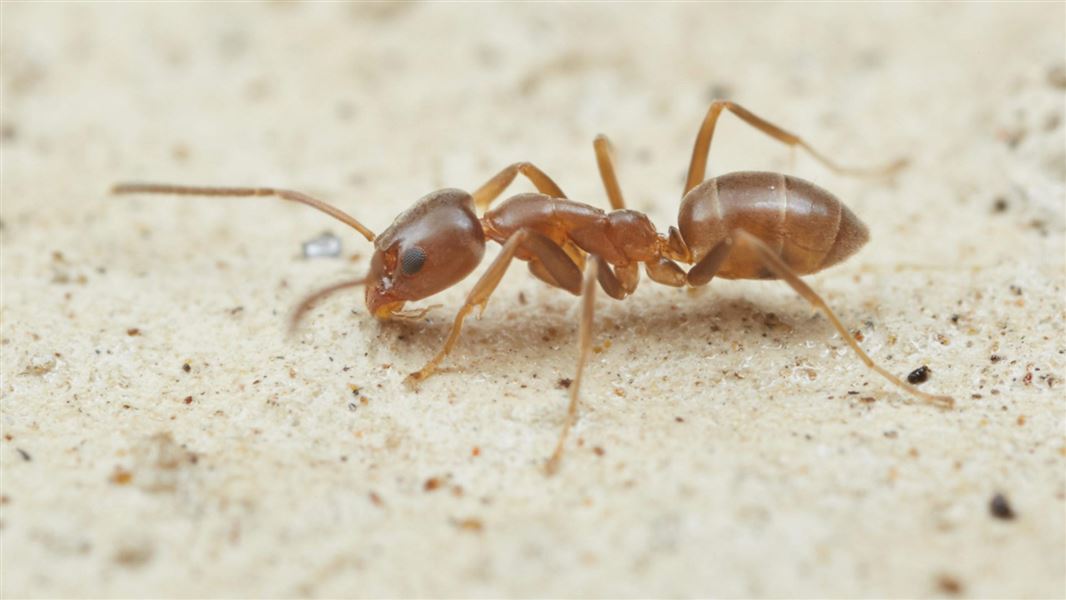 The Argentine worker ants are one of the smallest species roaming across Western Australia. They are capable of squeezing through cracks and holes as small as 1 millimetre in size, making it difficult to protect your home without the use of treatment methods. These ants will set up their colonies in the ground, inside cracks in concrete walls, between boards and timbers, and among your everyday household objects. In natural outdoor areas, they generally nest shallowly in loose leaves or under small stones, due to their poor ability to dig deeper nests. While they may not be capable of digging deep nests themselves, the resourceful and opportunistic Argentine Ant will swiftly takeover abandoned colonies of larger species. Argentine ants are a common household pest, given their size and resourcefulness. They often enter structures in search of food or water (particularly during dry or hot weather), or to escape flooded nests during periods of heavy rainfall. 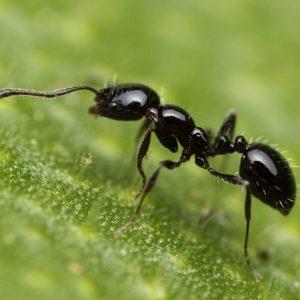 Black Ants are a species native to Australia. Like many insects, they are attracted to sweet liquids and food particles, often being drawn to kitchens, laundries, and bathrooms. Black Ant colonies can house a population of around 4,000–7,000 individuals. A queen Black Ant, the central-most figure of every active colony, has been known to live up to 15 years. Black Ant populations in their formative stages can often have multiple queens in the nest. They will tolerate each other until the first workers come, then they fight for survival and dominance, until only one queen remains. Worker Black Ants can be distinguished by their black glossy appearance and length of about 3-5mm. As the colony grows in scope and function, Black Ants have been known to mimic a similar pattern of growth, amplifying in size over time. 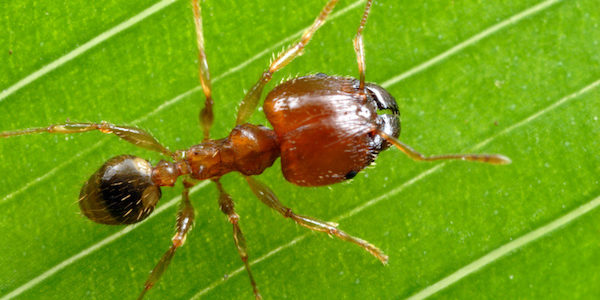 Coastal Brown Ants, commonly known as big-headed ants, are an introduced species to Australia. As they are not an original contender in Western Australia’s natural ecosystem, they have consequently become a major pest ant species. The Coastal Brown Ant is usually golden brown in colour, allowing them to hide from predators and blend easily into the Australian bushland and coastal regions. They have two raised nodes, a visible spine on their thorax, and 12 segmented antennae that finish with a three-segmented club. The workers in this adaptable species are characterised by their large, pronounced head, which is disproportionately larger than the rest of the body. This pest is a soil-nesting ant that removes soil and leaves significant mounds of dirt next to the nest opening. Colonies can be so large that they stretch beyond property boundaries. They are common in urban dwellings and are a pest on rural land. This incredibly invasive species often has multiple queens in a colony, achieving the status of a ‘super-colony’. 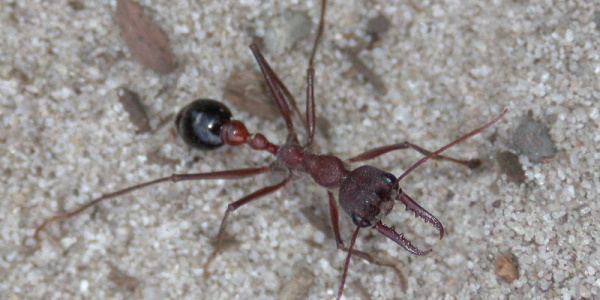 Bull Ants, sometimes referred to as sergeant ants or inch ants, are native to Australia. They are one of the most common species, found in most states and landscapes. Bull Ants are easily distinguishable by their size and peculiar shape. They have large mandibles, large compound eyes that provide excellent vision, and a powerful sting that they use to incapacitate prey. Each eye of a Bull Ant contains 3,000 facets, the second highest among all ant species. The larger Bull Ant workers support the colonies by foraging for food or keeping guard outside the nest. Smaller workers cultivate the offspring. Bull Ants will search for nectar or scavenge the remains of insect and animal prey, carrying enough food back to the nest to support the entire colony. Bull ants usually display defensive behaviour around their nests but tend to be more timorous while foraging. However, the Bull Ant is capable of being extremely aggressive towards intruders. If a nest is disturbed, a large force of workers rapidly swarm out of their nest in defence. Bull ants are frequently encountered by humans, in homes, businesses, and out in nature. These ants are capable of stinging through fabric, so wearing closed footwear such as boots, or sneakers can reduce the risk of falling victim to their nasty sting.

TMO Pest and Weed Management uses reliable methods for prompt and safe management of Ants and their colonies. We service the Perth metropolitan area and surrounding suburbs. Our technicians have great amount of experience in treatment and management for all ant species in Perth.
To get one of our technicians to eradicate your Ant invasion: